Opening Day 2012 has arrived with a bang – literally! 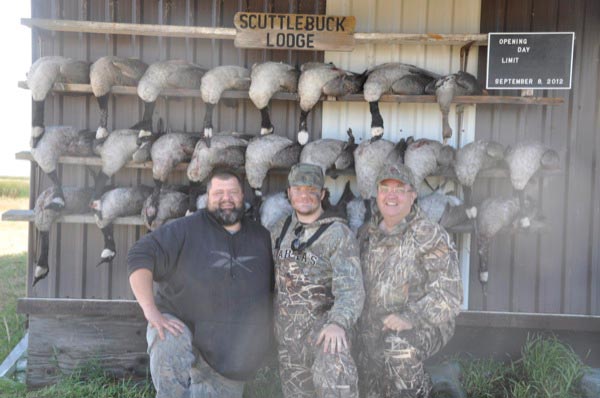 Andrew Johnston and Wayne Carey went spotting earlier in the week and spotted a shoot 3 miles west of the lodge across from the Edwards farm. The report was “hundreds of Honkers and 2 or 3 thousand mallards”.

Leaving the lodge around 5:30 AM this morning, Andrew, Wayne and Bob set-up in the field using 3 dozen of the giant Canada full-bodies arranged in a small broad-shaped “U”, Honker-Chairs placed amongst them at the base of the “U”, and leg coverings held together with construction mesh and loose straw. 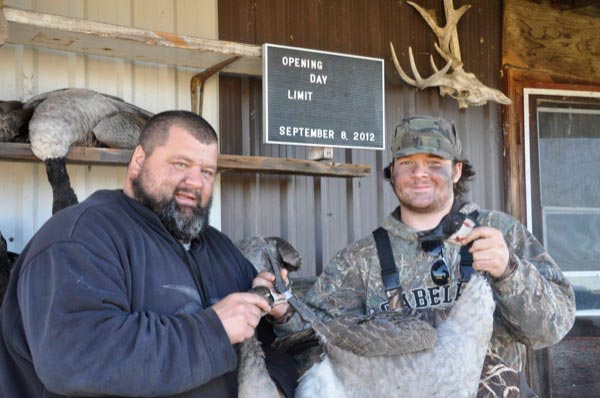 After a brief set-up, the cars were hidden and the waiting game began. At 6:31 AM a lone Honker slowly approached from the East. Only about 10 feet off the ground and yodelling loudly as it approached, it set it’s wings at 30 yards and locked in on the landing zone in the middle of the decoy spread. This lone Honker was the first “dot on the chart” for 2012.

Coming in bunches of 10-12, Honkers flew down the drainage ditch south of the house, before making a direct turn north to find our three guys in the field. Knocking down an average of 5-7 per flock, the guys had their limit (+2) by 7:36 AM this morning. 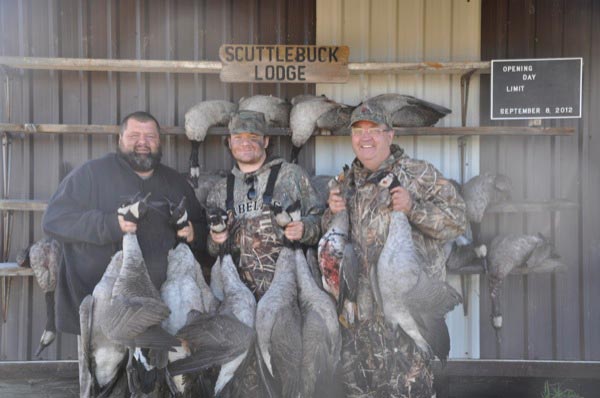 Between the flights of Honkers, the guys had 2 flocks of roughly 30 whitefronts approach them. While the whitefronts did not decoy as the Honkers did, the guys were able to “pass-shoot” a specklebelly as they skirted around the decoys.

The largest of the 26 Honkers was 11 lbs. 11 ounces and narrowly missed the “Honker Chart” of Scuttlebuck Lodge’s largest geese. One of the Honkers, however, did have an ankle band and we are currently awaiting the response from the National Wildlife Service. 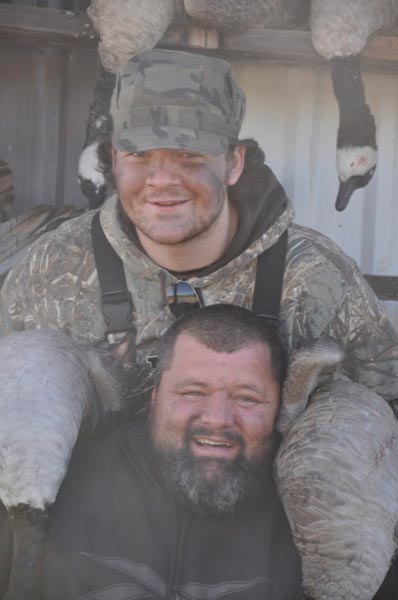